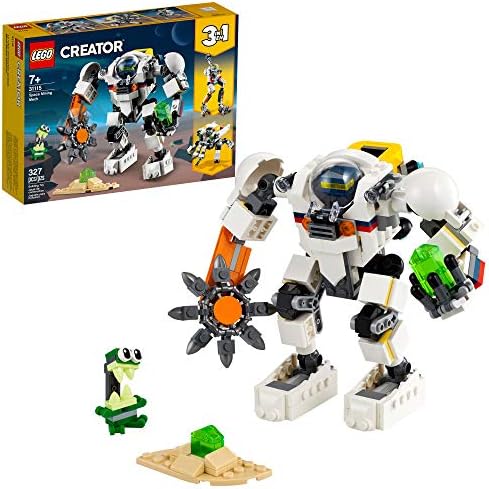 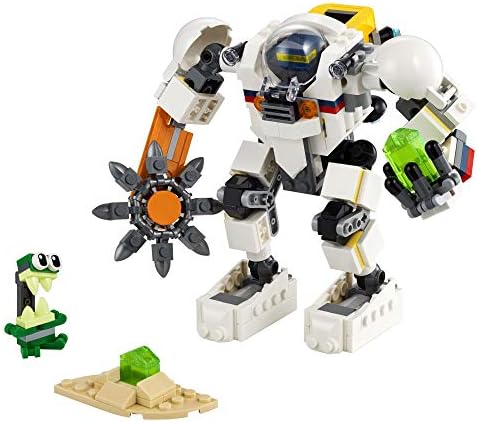 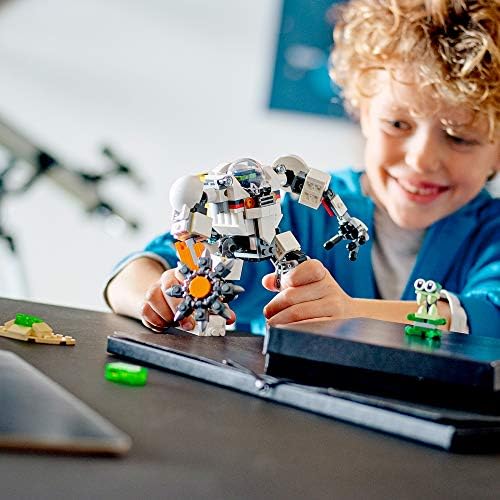 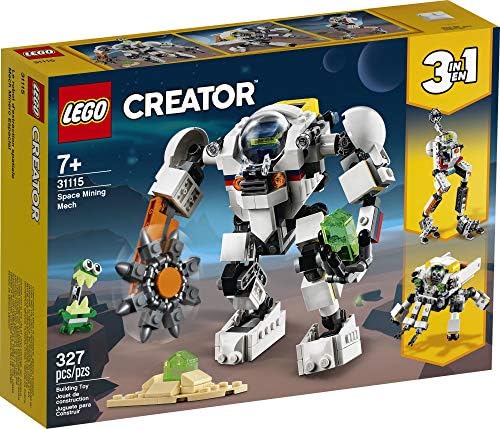 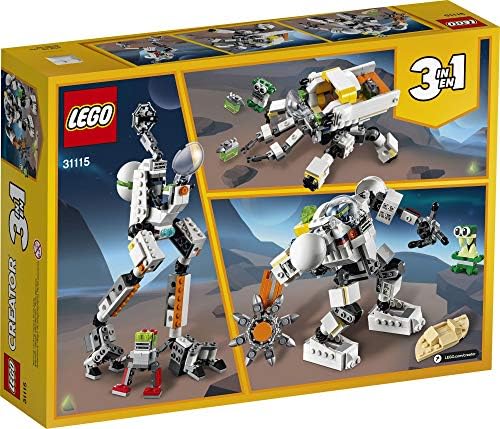 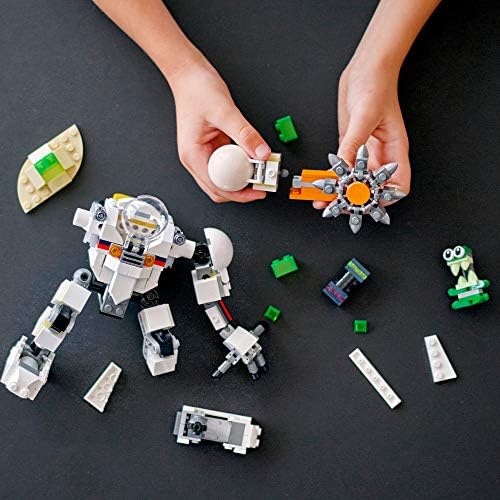 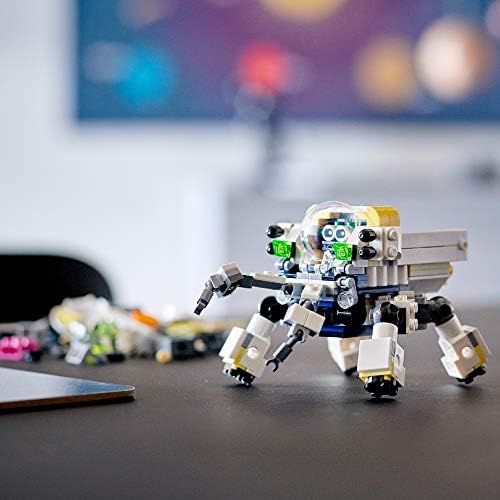 LEGO fans will love playing out action scenes with this impressive Creator 3in1 Space Mining Mech (31115) building set. The mech toy’s cool features include posable legs and arms, a spinning buzz saw, a jetpack on its back, and a face with changeable expressions, giving kids everything they need for hours of role-play fun. Space and robot fans can enjoy 3 different build-and-play experiences with this LEGO Creator 3in1 set. They can create the Space Mining Mech, which comes with an alien figure and a set of crystals, then rebuild it into a posable 4-legged cargo carrier with a robot pilot or make a posable 2-legged LEGO robot. LEGO Creator 3in1 building toys open a world of exciting possibilities with 3 models to create in every box! Creator 3in1 sets inspire the best imaginative play with an amazing collection of models to fuel kids’ passions, including cars, creatures and planes.

This LEGO Creator 3in1 Space Mining Mech (31115) building set lets imaginative kids build any of 3 exciting models: a mech toy, cargo carrier and space robot toy
The Space Mining Mech model includes a green alien figure and a set of crystals to add an extra dimension to kids’ adventures in space
Creative kids can use the mech toy to compete with an alien for crystals, or zoom around the galaxy in a 4-legged cargo carrier, or fight space battles with a 2-legged mech
The posable Space Mining Mech comes with a buzz saw, a jetpack and a face that can change expressions, while the 4-legged cargo carrier and 2-legged mech each feature a robot pilot
With 327 pieces, this LEGO Creator 3in1 set is a rewarding build for passionate space fans aged 7 and up and makes the perfect birthday or holiday gift